Skip to content
It has been a while since a dangerous albeit crucial question has been posed to the Business Process Management community, starting from a provoking statement by Theo Priestley in one of his posts (BPM must die!). The question that circulated around is simple:
is BPM dead? 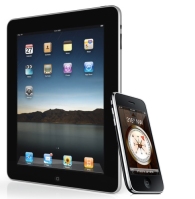 The question has collected a lot of attention, especially after it has been selected as daily question in the BPM ebizQ forum.
I think the question should be better phrased as “should BPM die?”, or if we want to be even more politically incorrect:
“Should we kill BPM?”
That’s because BPM is evidently not dead now (and will still be alive until no vendor and consultant can make any money out of it, which will probably never happen). It’s on the community to decide responsibly what’s the best for BPM, either to kill or save it.
In the links above you can find a lot of people voting for either party (and I add the notable post by Keith Swenson here). As for myself, I’m keen to vote for killing, in this sense: I think that a field that is not able to renew itself and not able to cope with the evident dissatisfaction, skeptical positions or concerns of its users is in a way or the other doomed to fail. And sometimes I have the perception that BPM is not far from that (as well as other related fields, such as model-driven engineering (MDE) for that matter).
Now the question to be asked first is actually the following: why are users skeptical and who should be blamed for it?
I think the response is straightforward: users are skeptical because nobody tells them not to be. In other words, we are selling BPM only to customers that are already buying it (I’m not talking about specific product, customers can decide to move from one to the other, but about the approach by itself).
We seldom manage to get customers intrigued and involved, we continuously try to sell BPM as a geeky way for making business or as a business way for making software. And the needs (and will) of the users are the most neglected part. Just think about other fields: computer manufacturing has tried for years to change the way of using laptops. Then, suddenly (well, more or less.. it got a lot of steps before that paved its way) the iPad came in and it became a social phenomenon. Why? Well, I bet that the overall image made its part, together with the coverage of new use cases that addressed different user needs, and a perfect marketing and communication strategy.
iPad (and iPhone, and then Android..) became the icon of computer consumerization.
The question I ask now is the following.
What should we do for making of BPM the next phenomenon?
Or, if you want, what will be the iPad for BPM?
Personally, I think we need to consider the trends we are witnessing in general in computer science adoption. We should not forget that even the most enterprise-oriented solutions will be purchased now and in the near future by people that are well inside the consumerization of IT and will expect also BPM to go that way somehow.
Bids are open..
To keep updated on my activities you can subscribe to the RSS feed of my blog or follow my twitter account (@MarcoBrambi). 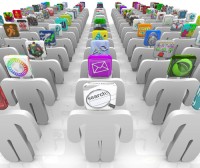 I really appreciated the provocative post by Chris Taylor on the potential of Social BPM to replace emails in business processes. While I see the final statement there a little bit too optimistic, total replacement is definitely in my dreams and I agree on the general trend.

Actually, I see we are already in  a hybrid situation where email or text messaging is still needed for notifying people (especially end users) but with respect to the past they tend to be just reminders or references to the actual info, which is stored on a (web) system. The reason for this is sometimes different than BPM practices.
For instance, you may think about your online bank statement: you get a notification email what it’s available, but then you access it through the bank site. To have them on the web and not within an email is more a matter of security and compliance than of BPM implementation, but what’s interesting is that these small steps are slowly shaping the attitude and the minds towards expecting all behaviour and content to be on a system.

What I think it’s still not yet here is the event management part. This still uses traditional means. For this, I foresee two crucial enablers for future adoption:
– mobile apps (which can be a part of a “extended” BPMS): getting notifications and dashboards would be very convenient and acceptable by the users
–  “consumerization” of the business interfaces: if people perceive a (business) UI as user-friendly and convenient, he won’t object to using it instead of the email
But this has still to come..

However, I’m not really concerned about the notification phase toward the user, since this is anyway something coming from the enterprise systems. The critical point is to capture the behaviour of the user and the action he performs in response to the trigger. This is what would bring the maximum value to the enterprise in understanding the actual “hidden” procedures that go on within the company or at its borders.
This is the part where email falls short, because email activities cannot be traced in the general case. However, for this I see an even longer way to adoption.